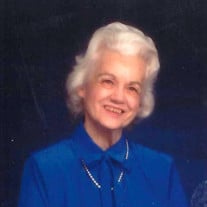 Shirley Elaine Mahr Sessums Hall, 99, of Houston, Texas, passed away peacefully on October 8, 2021, just a few days short of her 100th birthday. She was born in Minneapolis, Minnesota, October 16, 1921, and lived there until 1936. Her family moved to Washington, D.C. where she had a very active life. After graduating high school in 1939, she attended law school, learned to fly an airplane, and eventually worked for Minnesota Senator Lundeen. Elaine was later moved to the Reconstruction Finance Corp. Department, which transferred her to El Paso, Texas in 1941. While living in El Paso she became a member of the Civil Air Patrol. It was shortly after her move to El Paso that Pearl Harbor was attacked. In the autumn of 1942 Elaine went to work for the U.S. Navy at the Corpus Christi Naval Air Station, Texas as a Junior Ground School Instructor. She taught student Naval aviators instrument flying in full motion simulators called the Link Trainer. She met and married David L. Sessums, who was also a LINK trainer instructor, in 1943. After World War II ended, they settled in Houston, Texas where Elaine became a piano and voice teacher, as well as being a member of the Houston Opera chorus and other musical organizations. She was asked by the newly founded Spring Branch Presbyterian Church to be their Music Director in 1952. During the 1950’s Elaine succeeded in earning a Bachelor of Music degree from the University of Houston. Elaine and David went separate ways in the mid-fifties. In 1960 she met and married Arthur E. Hall, professor of music at Rice University, and became active in Rice University musical productions and various activities. Elaine was also a music teacher in the public schools and at various times a private piano and voice teacher. She was a member of the Houston Tuesday Musical Club and the Houston Music Teachers Association. In the 1970’s Elaine became a real estate broker and enjoyed working with clients finding their dream home. Elaine was stepmother to Arthur’s four children in addition to her own four children. The home was full of jokesters, laughter and at times tears. Christmas was always a wonderful time with the sharing of carol singing and great food. All learned to love fruitcake!! Elaine was an inspiration to her children in their endeavors whether it was sewing, aviation, music, entertaining, or just following one’s dreams. She taught her children to place God, Country, and Family above all else. She valued and taught her children morals, manners, and kindness to others. And she also taught her family money management including 10% giving to God and 10% saving. Elaine was preceded in death by her husband, Arthur E. Hall, grandson Jan David Janiszak, stepchildren Ann Hall Young, and Joe Q Hall. She is survived by her children David Leigh Sessums and wife Irma, Diana Clanton, Carol “Susie” Nesby, Stephen Sessums and wife Britta and stepchildren George Hall and wife Jackie, James B Hall, nine wonderful grandchildren and fifteen darling great-grandchildren. The memorial service will be held at 11 a.m., October 16, 2021 at Spring Branch Presbyterian Church, 1215 Campbell Rd., Houston, Texas 77055 followed by a luncheon reception. In lieu of flowers a donation may be made to the Houston International Seafarer’s Center or to Spring Branch Presbyterian Church for the Seafarers Christmas Shoebox project.

Shirley Elaine Mahr Sessums Hall, 99, of Houston, Texas, passed away peacefully on October 8, 2021, just a few days short of her 100th birthday. She was born in... View Obituary & Service Information

The family of Shirley Elaine Hall created this Life Tributes page to make it easy to share your memories.

Send flowers to the Hall family.