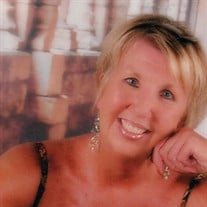 Patricia (Trish) Ann White passed away peacefully on February 14, 2022. Based on the love she so generously showered on her friends and family, this will forever be another reason to celebrate her life on our Valentine’s Days to come. Born on December 8, 1947 to retired U.S. Army serviceman and police detective Clarence Sidaway and his wife, government employee Silvie Mosley Sidaway, in Dade City, Florida, Trish was an only child. She enjoyed a modest, rural upbringing, spending time with her family, friends, and cousins. Her independent streak really got a chance to shine in her early adult life as she left home and attended nursing school at Gordon Keller (University of Tampa) at the age of 17. She graduated in 1968 with her nursing degree. She met and married the love of her life, U.S. Army Captain (at the time) William Arthur (Bill) White in 1979 while they were both serving in their respective fields in Panama. They built a life of military service together over the next 16 years as they moved around the United States and internationally (Germany and Japan) with their two children, Heather and Cason. She continued her nursing work in varied areas such as intensive care and burn units, and she even treated the first identified AIDs patient in the United States. Trish also served as a social worker during their time in Germany. After Bill retired from the Army, they settled in Denton, Texas in 1993, and Trish worked for various dialysis clinics, eventually managing the Dialysis Cottage in Gainesville, Texas. Nephrology and those in need of dialysis were near to her heart, and she cared for her patients and staff with excellence and tenderness. Her kindness and compassion overflowed into everything she did, professionally and personally. She retired in 2014 respected and loved by her co-workers in the dialysis profession, her patients, and her patients’ families. After a few years of retirement, she and Bill, along with their beloved dog Max, moved to Missouri City, Texas in 2021 and enjoyed the last year of her life spending ample and frequent time with family, especially her granddaughters. She also enjoyed attending church with her family at Houston’s First Baptist Church – Sienna. Trish always had a twinkle in her eye and a love for all things romantic, whimsical, beautiful, spontaneous, and fun. True to her Florida roots, she had a special love for the sunshine, the beach, and the ocean. She went on over 20 cruises in her life, and enjoyed each and every one of them. She enjoyed reading, dining outside, and attending musicals. She loved fun cars – she owned three different Mini Coopers in recent years. Her pride and joy was her four grandsons and four granddaughters, and her family was always blessed to hear encouraging words and feel her unconditional love and support. Trish was predeceased by her parents, Clarence and Silvie Sidaway, her in-laws, Ray and Hester Ruth White, as well as her sister-in-law, D’Maris Irwin. Trish is survived by her loving husband of 42 years, Colonel (retired) Bill White of Missouri City, TX, her daughter Heather Brister of Joshua, TX, and her son Cason White and his wife Allison of Missouri City, TX. Her grandchildren include Collin, Brennan, Camden, and Caiden Brister, as well as Madeleine, Clara, Abby Ruth, and Eleanor White. Her Celebration of Life will be held at Houston’s First Baptist Church – Sienna on March 12, 2022 at 2:00 p.m., and colorful attire is encouraged. In lieu of flowers, please consider a donation to Houston’s First Baptist Church – Sienna, 4309 Sienna Parkway, Missouri City, TX 77459, 713-264-4300.

Patricia (Trish) Ann White passed away peacefully on February 14, 2022. Based on the love she so generously showered on her friends and family, this will forever be another reason to celebrate her life on our Valentine&#8217;s Days to come.... View Obituary & Service Information

The family of Patricia Ann White created this Life Tributes page to make it easy to share your memories.

Send flowers to the White family.