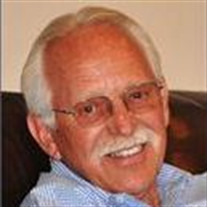 John H. Mickelson departed this earth surrounded by his family on Sunday, November 2, 2014 in Cypress, Texas. Beloved husband of Debra (nee Curtis). Devoted father of Brigitte (Ken) Korolyk, Heather (Matthew) Firlit and Sunshine (Herman) Vasquez. Adoring grandfather of Madison (Collin) Gregory, Kieran, Matthew, Jackson, Ethan, Alexander, Rebecca, Anthony, Caitlyn, Payton, Mason, Olivia, Sienna and Ariana. Dear brother of Marilyn (Lisa DesChamps) Jesperson and Pattie (Dan) Dix, and loving uncle of numerous nieces and nephews. John was a true patriot and proudly served his country overseas in the United States Navy. After earning an associate’s degree in drafting and design, he was employed as a cartographer for the United States Forest Service. He loved the outdoors, and spent much of his time in the mountains, creating maps and performing timber inventories. John then started his firefighting career in Murray City, Utah. After relocating to California, he served as a firefighter for many years and retired as Deputy Chief of the Defense Logistics Agency San Joaquin, CA Fire Department, concluding 33 years of Federal service. At the time of his death, John worked as an instructor for Texas A&M Engineering Extension Service (TEEX) - Emergency Services Training Institute. Teaching was the profession John loved most. He traveled the country educating first responders on hazardous materials and weapons of mass destruction as part of the Homeland Security National Training Program. John was an incredibly unique individual. More than anything, he cherished his family. He was a hero to his grandchildren and loved nothing more than celebrating their academic and personal achievements. John was an accomplished storyteller, and his children and grandchildren all have fond memories and favorite stories told by “Dad” or “Grandpa.” He was compassionate and loyal, and took a rational, common sense approach to everything in life. He could always be counted on to dispense serious words of wisdom or a joke at exactly the right time, depending on the situation. He was a mentor, both at and outside of work and had a unique mix of being both predictable and completely unpredictable at the same time. Memorial Services will be held at 10:00 am on Wednesday, November 12, 2014 at Shirley Acres, 217 Woerner Rd., Houston, Texas 77090 followed by interment at 12:30 pm at Houston National Cemetery, 10410 Veterans Memorial Drive in Houston. For information, please contact 713-464-1910 or www.hardinfamilyfuneralhome.com.

The family of John H Mickelson created this Life Tributes page to make it easy to share your memories.

John H. Mickelson departed this earth surrounded by his family...

Send flowers to the Mickelson family.